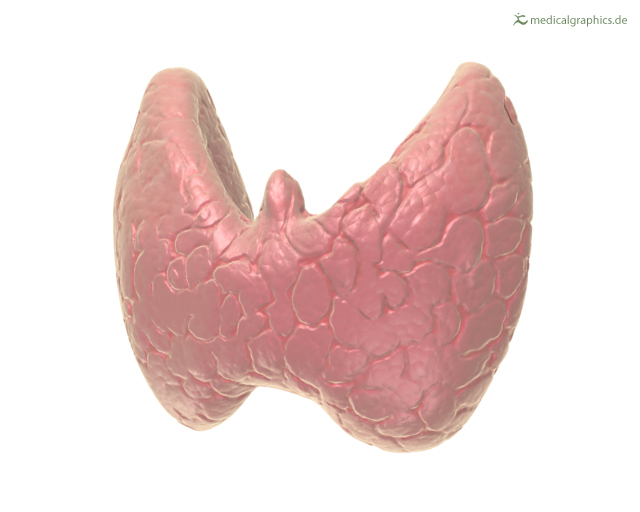 Severe hypothyroidism in the mother is associated with possible autism in their babies (American Thyroid Association, Clinical Thyroidology: https://www.thyroid.org/patient-thyroid-information/ct-for-patients/vol-7-issue-1/vol-7-issue-1-p-3/. Published on August 13th, 2013.)

I came across a peer-reviewed article from the American Thyroid Association which quoted the following, “Severe hypothyroidism in the mother is associated with possible autism in their babies” (Hofflich). What the American Thyroid Association focused on was pregnant mothers who had severe hypothyroidism during the early stages of their pregnancy to determine whether if this thyroid condition had any implications in terms of diagnosing babies with autism.

First, I think we need to contrast between autism and hypothyroidism before we compare both medical diagnoses. Autism is a developmental disorder which effects communication, social interaction, and behavior. The cause of autism is still unknown, but the symptoms associated with the disorder includes the following, but not limited to: lack of social interaction; lack of eye contact; behaviors that are identified as “obsessive” and “compulsive”; repetition of words, movements, or actions; learning differences; fixations on specific interest (s); problems with attention and concentration; anxiety; depression; difficulties with receptive and expressive language; and sensory processing difficulties. Hypothyroidism is an endocrine disorder in which the thyroid gland produces little to no thyroid hormone due to common causes such as the following: autoimmune disease (in this case, hypothyroidism would be associated with Hashimoto’s thyroiditis); surgical removal of all or part of the thyroid; and radiation treatment (more specifically, radioactive iodine therapy that is often given to people with a diagnosis of Graves’ disease, another endocrine disorder of the thyroid that is also an autoimmune condition which promotes hyperthyroidism, or too much thyroid hormone). What is interesting is that with another kind of thyroid condition called congenital hypothyroidism, “A few babies are born without a thyroid or with only a partly formed one. A few have part or all of their thyroid in the wrong place (ectopic thyroid). In some babies, the thyroid cells or the enzymes don’t work right (American Thyroid Association). Common symptoms of hypothyroidism include the following but not limited to: Fatigue; tiredness; sensitivity to cold; slow growth or delayed puberty; hair loss (also called alopecia); brittle nails; constipation; enlarged goiter (if the individual has a thyroid); hyperlipidemia; hypotension; bradycardia; and weight gain.

What is the relationship between autism and hypothyroidism? Autism and hypothyroidism are both medical conditions that are interconnected with the nervous system (more specifically, with the brain). When you have altered wiring of the brain, and a lack of thyroid hormone to be processed from the pituitary gland through the blood and brain barrier, you begin to see the commonalities of these conditions in terms of their symptoms such as the following I made note of: Attention and concentration; anxiety; depression; sensory processing and integration; fatigue; and slowed growth. In addition, both medical conditions can effect one’s cognitive abilities. Referring back to congenital hypothyroidism, “Studies show that 2 to 5 percent of cases are inherited” (Genetics Home Reference). However, “The most common cause worldwide is a shortage of iodine in the diet of the mother and the affected infant” (Genetics Home Reference). Believe it or not, the thyroid gland is the only organ in the human body that takes up all the iodine which is essential for thyroid functioning. Do I think if pregnant women incorporate more iodine into their diets during the weeks of pregnancy, then the risk of babies developing hypothyroidism, and, possibly, autism, would significantly drop? I think pregnant women incorporating more iodine may help support the healthy development of babies physically, cognitively, and neurologically. However, if pregnant women have thyroid disease themselves because they have the genes, and there is a family history that indicates thyroid disease in other relatives, then the risk of thyroid disease in babies would likely increase. Also, what if the father has thyroid disease but the pregnant mother does not have thyroid disease at all? I still think, because babies receive genes from both the mother and the father, would still have increased risk of developing thyroid disease if the father has the genes associated with thyroid disease, especially if the father were to also have relatives with a family history of thyroid disease.

After analyzing and evaluating the causes and symptoms associated with hypothyroidism and autism, learning about congenital hypothyroidism in greater depth, and expanding the principles of genetics and family histories in the passing of traits that effect genetic regulation, transcription, and translation of the DNA and RNA of babies, it’s difficult to conclude the possibility of mothers with severe hypothyroidism during pregnancy increasing the babies’ risks of developing autism. Although hypothyroidism and autism have common symptoms, and they are both interconnected with the nervous system (again, specifically the brain), there is still uncertainty as to whether the hypothyroidism, or another type of thyroid disease, developed in a baby, is due to genetics or due to iodine deficiency as there is little to no objective data that validates whether thyroid disease in a baby is caused by one or the other, especially if the pregnant mother does not have thyroid disease (or used to have thyroid disease but no longer has thyroid disease), but the father actually has the thyroid disease himself. It is also possible that relatives and siblings from other generations could have passed on these genetic traits, so there are still a lot of questions that still have to be asked in my opinion.

Reviewing the study, which took place in the Netherlands, and not the United States, “4,039 women provided data on whether autism was present in children at age 6 years old” (Hofflich). This is another concern I have, this study was not conducted in the United States. And how come the age they used to determine the presence of autism was 6 years of age? Usually, autism is diagnosed before 3 years of age. Also, there are now adults in our society who were not diagnosed at the time with autism who were misdiagnosed or just diagnosed with autism, some even in the later stages of life. I think it is possible these individuals could have had thyroid disease since childhood, and then not have autism until later in life. The other part of the study that was confusing was that of those 4,039 pregnant women, “A total of 80 children were diagnosed with probable autism” (Hofflich). Probable means likely, but not definitely, so it is possible that of these 80 children, it may be possible that they were misdiagnosed if behavioral and social evaluations and observations prove otherwise.

What are your thoughts?

3 Replies to “Blog # 3- Hypothyroidism and Autism: What’s the Connection Between the Endocrine System and the Nervous System In Terms of Pregnant Women and Newborns ?”

This site uses Akismet to reduce spam. Learn how your comment data is processed.