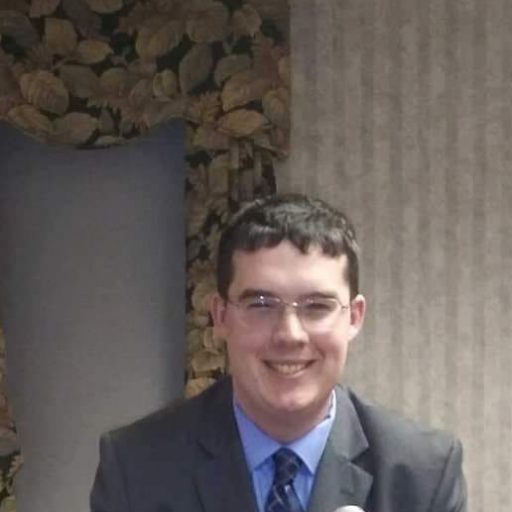 When I was a freshman in college, back in March of 2014, there was a night in which I noticed I was getting unconscious; my body was shaking; I had bitten my tongue; and was unaware of my surroundings. The event happened in my bedroom where I fell hard on the floor, and the scary part was that my parents were trying to ask me a bunch of questions like, “What day is today?”, “Where are you?”, “Who is the president of the United States?”, and I could not respond to those questions. The next day my body was in pain, and my mom and sister brought me to the hospital to see the neurologist, and it was confirmed at that time that I had a grand mal seizure, that the diagnosis was confirmed to be epilepsy, and then I received the bad news that I could not drive for 6 months. The neurologist put me on an anti-convulsant called Depakote which is a medication used to control and cease seizure activity. However, I had to seek out the help and support of my family and friends for transportation, and for social and emotional support, and this was something I was very grateful for. 6 Months later, I eventually was able to drive again as the seizures were under control as I was able to still persevere and be resilient during a very difficult time in my life as I worked a full-time summer job at a bookstore to not let this disability stop me from being successful.

Five years later, which just happened to be last Saturday, March 9th, 2019, I remember sitting on my recliner watching some television. All of a sudden, the next thing I knew, I was on a stretcher with the EMTs in an ambulance and was rushed to the hospital, more specifically, the emergency room as I was having trouble breathing and my body was shaking; and once again I have bitten my tongue. My mom stated to me that my brother rushed up to her to let her know that I was seizing, and my mom stated to me that she saw that my mouth was clenched for several minutes and that I was losing oxygen and that my face was changing color, for example, my lips were turning gray. My mom stated, “I was panicking when you went through this as I was really scared, and so was your brother, but I am glad your brother called 911 and remained calm in the situation”. My arm was in quite some pain as well. I was quite tired, and I felt confused as to what exactly happened. Sadly, I am now not driving again for another 6 months, and I cannot work which resulted in me being unemployed. However, I am determined to get through this once again with the help of my family and friends on my side, and I will be able to persevere and be resilient through this somehow once again. I am known to be a fighter, not a quitter, as many colleagues would state of me, and even my family and friends. The neurologist did increase my Depakote medication, and I am truly grateful to still be alive today. My mom did state that, “I wasn’t sure if you were going to make it.” I stated to my mom, “I have God on my side no matter what.” I stated to my mom, “As difficult of a start to my life it has been for me, I will get through this, and I will figure this out.” I am someone who has great faith and hope in that things get brighter. I am determined to battle through this, and I am determined to get back on the right track and make my triumphant return. That day will eventually come. I truly believe that the hardest and toughest of experiences that you embrace in your personal lives allows you to gain insight and farsight within the core of your well-being in the context that it will help you to foster growth and development as a better and stronger human being. People embrace challenges every single day, but it is the people who handle their challenges as opportunities for growth and development in which they rise to the occasions, and go above and beyond one’s expectations and capabilities.

Interesting to note, “Epilepsy (seizure disorder) affects up to a third of people with autism. By contrast, it affects only 1 to 2 percent of the general population” (Autism and Epilepsy, Autism Speaks, 2019). What makes my situation unique with connecting both my epilepsy and autism diagnoses is that I did experience the following symptoms: staring spells (aka petit mal seizures which I had when I was around two years old); involuntary movements; unexplained confusion; sleep problems; and changes in abilities and emotions. What these experiences teach us is this: never take life for granted, and greatly appreciate the people that are part of your life on a daily basis who care, love, and support you regardless of the obstacles you embrace. My father says this all the time, “People are the most important thing in your life.” That is, the right people. A final thought, be grateful, and I mean this: Even if you cannot personally understand what someone is going through, if you truly care, love, and support them, take the extra initiative to learn and acquire of what you need to understand of them (the idea of perspective taking and empathy), so that they can eventually be understood, especially when it comes to disabilities and medical conditions.

This site uses Akismet to reduce spam. Learn how your comment data is processed.